Do you see any ghosts in the windows? 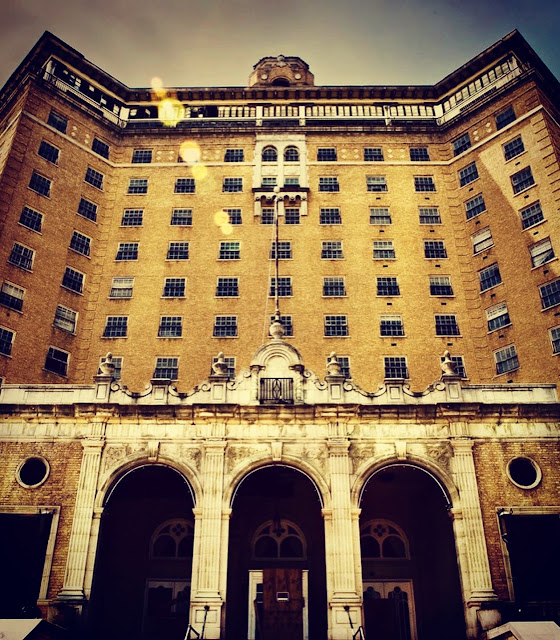 In my hometown that I call Esel in some of my stories (mostly upcoming stories), everyone knows about the Baker Hotel in neighboring Mineral Wells, TX, and everyone knows that it’s haunted.  Even those who don’t believe have heard the stories.  They say it’s the most haunted location in Texas.  The most famous and most reported ghost story is that of the Woman of the Seventh Floor.  The rumor is, a lady had an affair with the hotel manager (or was it the owner?) and when it went awry, she flung herself from the rooftop, and there’s only one way that decision ends.  Those who enter the hotel (mostly illegally) catch a whiff of women’s perfume on the seventh floor, where the lady always stayed, and her flirtatious spirit gets gropey with any man it fancies.

There is now a sixty-five million dollar restoration plan for the hotel, and when you read the articles about the upcoming project, it seems they are leaving out the bit about the ghosts. 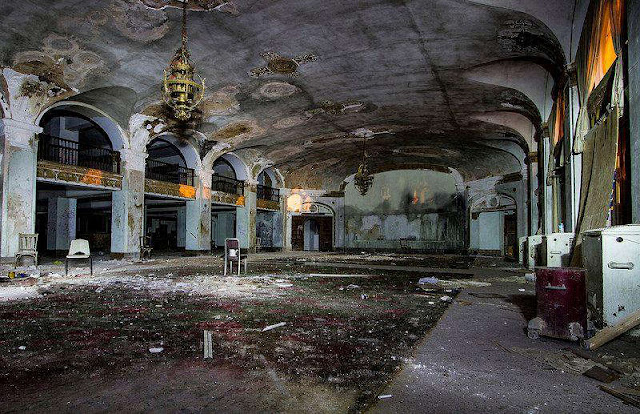 In the late nineteenth and early twentieth centuries, multitudes traveled to Mineral Wells, TX for the healing waters of its namesake, and most stayed at the famous Baker Hotel, where the mineral water was pumped into each of its 450 rooms.  Including celebrities like Lawrence Welk, Lyndon B. Johnson, Marlene Dietrich, Clark Gable, Jack Dempsey, Will Rogers, Roy Rogers, the Three Stooges, and even the infamous couple Bonnie and Clyde (who were rumored to have had the carpet outside of their suite removed in order to hear law enforcement approach).  The place was hoppin’.

Eventually, advancement in medicine and regression in superstition brought an end to the city’s resort era, and the Baker Hotel was shuttered in 1972.  Today, it is rare to gain access to the hotel via a ghost tour, but kids are kids, and many of them hop the gate to explore the dark, haunted halls and rooms hoping to catch a glimpse of the departed.  I never entered the abandoned hotel myself (not that I wouldn't have, I thought laws were optional in my youth), but I would say that most of my friends growing up had broken into the place, and they all left with stories of paranormal experiences.

Will you be a guest of the newly renovated Baker Hotel in 2022?

Close to home. What would you do if, in the middle of the night as you slept, a stranger with unknown intentions crawled into your house through one of your windows?  Perhaps you forgot to lock it last month…last year.  When was the last time you checked?  It's too late now, because they're already inside. Excerpt from Night Stand : I sat up and waited for my eyes to adjust to the darkness.  The dog was on the floor at the foot of the bed and I could see that its ears were perked and alert, listening.  Her growl woke me.  Then I heard a noise come from the kitchen, and I knew it was the window with the broken latch coming open. CLICK HERE  to purchase Night Stand by  S.O.Bailey  on Amazon
Read more 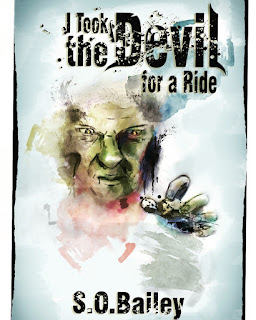 An interview with a killer. Inmate Gideon Michael Hall, TDJC # 561198, recounts the events leading to the murder of his family, and how he lost control that day. Investigative journalist Charles Winter gets a closer look into the mind of the murderer than he is comfortable with after he discovers the reason Gideon requested their meeting to tell his story.  A disturbing new short story by S.O.Bailey CLICK HERE  to purchase  I Took the Devil for a Ride by  S.O.Bailey  on Amazon
Read more